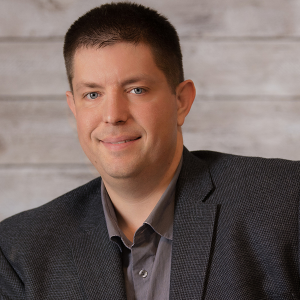 Jeff Bradbury is a Technology Integration Specialist in New Jersey and the creator of the TeacherCast Educational Network.  With a background in Music Education, Jeff began performing in front of live audiences at a very early age and grew to love the opportunities he had working with others.  This led him to earn his Bachelor of Science in Music Education in 2001 and eventually his Masters in Music Performance in Orchestral Conducting in 2010.

After several years of being a Music Director for both Orchestra’s and Opera Companies in the New York / Philadelphia region, including an opportunity to perform at Carnegie Hall he left the musical stage and began work on building the TeacherCast Educational Network.

Created as a passion project to assist teachers in understanding educational technology, Jeff recorded the first TeacherCast Podcast in the summer of 2011.  Since then the TeacherCast Network has been accessed in almost 180 countries and has amassed a following of more than 50,000 followers on Social Media.  With more than 1,000 audio and video podcasts recorded featuring more than 500 EdTech Companies and thousands of educators, TeacherCast is rated as one of the top 50 educational websites.

In 2018, Jeff created the TeacherCast Tech Coaches Network to support Instructional Technology Coaches and EducationalPodcasting.com, a learning portal to teach educators how to infuse podcasting into their curriculum.

Jeff Bradbury is a Google for EDU Certified Innovator & Trainer, Microsoft Innovative Educator Expert & Trainer, and a TEDx Speaker.  In 2012, he was recognized as one of the Top 50 Educators Using Social Media at the inaugural Bammy Awards and was nominated three times in the category of Innovator of the Year.

Jeff is married to Jennifer and is the father of an amazing set of triplets.