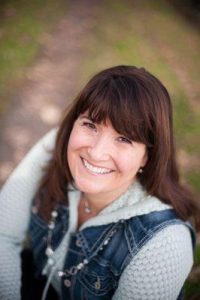 Mary Elizabeth began her teaching career in the Stanwood-Camano School District teaching 4th and 5th grade, as well as 7th grade Language Arts. In 2000, she moved to Athens, Greece to teach at the American Community School of Athens. While at ACS Athens, she taught middle school Design Technology in the Middle Years Program and high school computer courses, including Office Suites, Webpage Design, Research Strategies and Information Technology. She also had the opportunity to present at the NESA conference in Istanbul, Turkey. In 2003, she returned to the United States and held various educational technology positions in the Issaquah, Oak Harbor, and Burlington-Edison School Districts. In 2013, she presented at the ISTE conference in San Antonio on using technology with English Language Learners. In 2014, she was hired in the Anacortes School District as the Instructional Technology Facilitator and is currently working on the Professional Development Plan for the district’s 1:1 technology initiative.

Mary Elizabeth believes strongly in the transformational change that technology brings to the learning environment. She earned her Bachelor’s degree from Western Washington University and her Master’s degree in Instructional Technology from City University. In 2013, she earned her Administration and Supervision credential with a focus in Technology Leadership from Johns Hopkins University.